The Lava Hot Springs Folk Festival attracts a variety of talented musicians every year. Below is a bit more information on those who will be performing and entertaining us a this year’s festival.

And then there were 3. Tahra Charmaine from Nashville, Tennessee, Jason Greene from Soda Springs, Idaho and Dan Mihlfeith from Pocatello, Idaho joined forces to record the album Idahoism in 2021. Their music soothes your soul while entertaining your spirit. They are opening Saturday’s headliner concert.

Tahra Charmaine is an Emmy nominated artist whose creativity ranges from Children’s music, NFL half-time shows, Movie needle drops, and Blues folk. A multi-instrumentalist with a love for harmonies, her approach to life through songs and her love for others has a contagious effect when she weaves her stories through her music.

Jason Greene follows his passion for songwriting teaching us that our beautiful state of Idaho has many mysteries to uncover. His latest Album, Idahoism is an amazing work of art. Blending history, music and his witty ways with lyrics, he entertains us while we learn about the past and wild ways of Idaho.

Daniel Mihlfeith hasn’t found an instrument not worth learning to play! A multi-talented man who runs Idaho’s most renowned music studio in Pocatello Idaho. Engineer, producer, teacher, musician and great human being, Dan is a player to be heard.

SPONSORED BY: Bayer US

Absolute Zero is a multi genre trio of Guitar, Drums and Bass with a little Mandolin from time to time. Hailing from Pocatello Idaho, Bobby Jones, Bobby Jones Also, and Jazzy J mix together a style and performance that spans across the genres and times of music. Originals as well as cover material, from Classic Rock to Modern Country, from Modern Pop to Classic Jazz, Absolute Zero brings it all!

SPONSORED BY: The Wagon Wheel Lounge

Crazy Mountain Billies is the alias used by multi-instrumentalist musician and vocalist Andy “Banjo” Bormes. His unique playing style on banjo, coupled with harmonica and bluegrass instrumentation combine to form a full string band sound. Formed in 2009 in the Rocky Mountains, the C.M.B. Style can be described as a psychedelic form of mountain bluegrass music.

Currently the artist is on the road touring in support of the latest studio album Journey Into the Backwoods which is available on all major online retailers. All of the music is written in the backwoods, inspired by the high-elevation remote lifestyle that very few are able to experience in this modern era. With her guitar slung low, Ché Zuro plays rhythmically & melodically, luring you in with her smooth alto voice and songs that feel familiar! Compared to Aimee Mann, Sheryl Crow and Melissa Etheridge (if you must compare) Ché’s rock band background & time frame are about the same but her songs, a mix of Beatles and Zeppelin to a Native American beat make her really stand out! She paid her dues as a professional musician touring with her own bands as well as touring/recording with artists such as Charlie Sexton, Berlin, Josie Cotton Band, Dokken, Carmine Appice, The Photos, et al. She performs as a solo musician and with her female acoustic duo. Ché also has quite a few songs in feature films and has won awards for her songwriting. She has recently released her 7th record, Rivers and Rain, on Youghiogheny River Records. 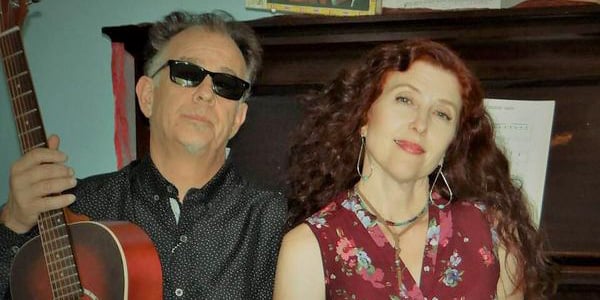 What happens when Nashville meets Idaho? Things can get a little crazy and that’s exactly what happened when Idaho singer/songwriter Heather Platts met Nashville singer/songwriter and producer Bruce Michael Miller. Born out of their mutual love for great songs, tight harmonies and magical musical moments, comes their duo, “Crazy Love”. They cover a lot of musical ground with masterfully crafted and emotionally powerful original songs and carefully chosen covers from the treasure trove of classic material from the 60’s through the present. They have performed together throughout the northwest. Emilee has been singing since she was a little girl. Her talented voice has guided her through countless choirs, recitals, bands, studios, stages, and audiences. She now plays solo on the keys and guitar all while singing songs that can be enjoyed by all. She is thrilled to be playing in her home valley for the Lava Folk Festival.

SPONSORED BY: The Shack 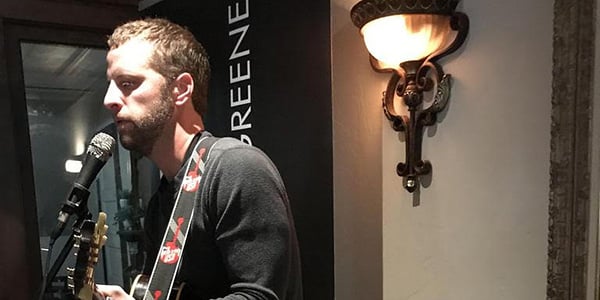 Jason Greene is a songwriter and musician from southeast Idaho. He performs at local venues and has played at the Lava Folk Festival since it started. His original albums include Local Animus, State of a Lawman, If an Hour Remained, and Idahoism. Lang comes by way of Bozeman, Montana and brings a musical personality of singer, songwriter, storyteller and musician. His engaging American West personality beams through during his performances. Acoustical guitarist and singer, he brings his audience on a journey.

SPONSORED BY: The Chuckwagon Restaurant 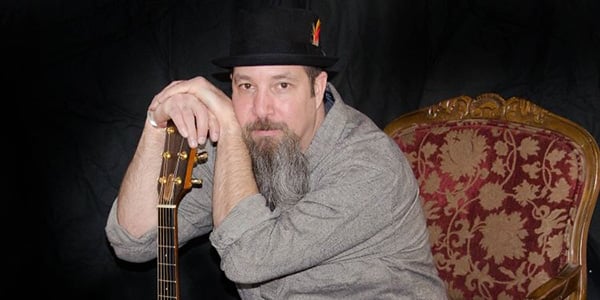 Lee plays folk-oriented songs that span the Americana range, and are rooted in his Michigan childhood and the high-plains desert of Idaho, where he now resides. Poetic yet unadorned songwriting, his metaphorical lyrics have a way of cutting to the heart of a matter. His presentation has a unique, rootsy, direct and often melancholic style of conveying his lyrics, mixed with his rich baritone voice, lends to very intimate feeling performances. 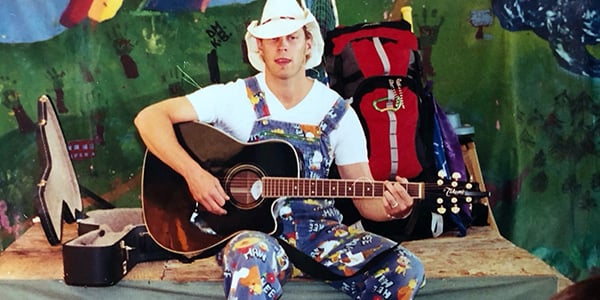 Born and raised in Indiana, the heartland of America, Red River Ray grew up exploring the wonders of the outdoors. His interest in science had him asking questions about how this wondrous world worked. As he grew up those scientific questions became a passion. He loved to sit in the woods or on top of a hill and just observe the world around him. Then the idea came that maybe he should share his knowledge of the world with children. Red River Ray will entertain your fancy to explore the world around us with his backpack full of surprises. You’ll be amazed at what Ray pulls out next all the while being taught about biology, chemistry, botany, and language. Triple R will make you laugh, sing, think, learn and most importantly—smile! Jason grew up in a small town in South Central Utah. At the age of 12, Jason began playing guitar and toured with The Backcountry Band for 16 years. Melissa grew up in a small town near Jason. Over the last couple years they have performed as the duo Southbound, from St. George, Utah to Idaho and places in between. They love to keep people on the dance floor, tapping their toes with their sound of 80s and 90s country combined with some old Rock-n-Roll! It takes a special musician to achieve commercial success, artistic recognition, and corporate appreciation. It takes a special human being to come out of it with the moniker “Everyone’s Friend.” Steve Eaton is an Idaho gem, a winner of the Governor’s Award for artistic contribution, a favorite of music scenes across the state, and most importantly the coolest guy in the room everyone wants to know. Steve Eaton is a Gentleman and a Gem. 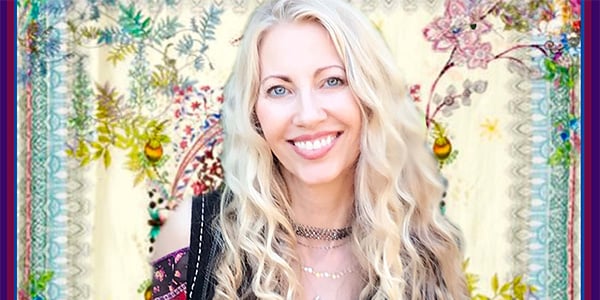 Tahra Charmaine is a multi-talented performer and songwriter with successes from Children’s music, NFL Events to Bluesy Folk. Her roots stem from the mountains of California yet her career has taken her all over the United States performing with such artists as Mary Chapin Carpenter, Jim Lauderdale and many others. She has an Emmy Nomination for her children’s show called Tahra*Time which airs on PBS around the country. Through her talent and purpose, haunting ballads and percussive stories of love and life she captivates audiences young to old, uplifting our hearts.

SPONSORED BY: The Blue Moon Bar and Grill 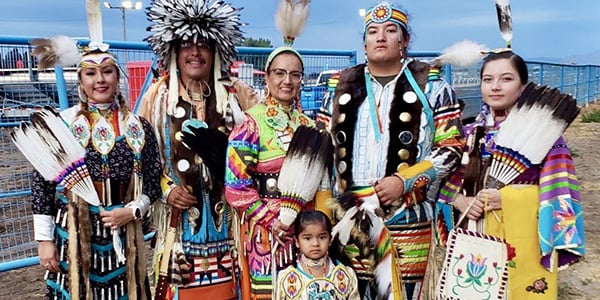 The troupe consists of our family and community members which are enrolled members of various tribes, more particularly the Shoshone-Bannock Tribes of Fort Hall, Idaho. We travel to various nearby cities to showcase our dances and help to educate others about our Native American culture through song and dance. We believe it is important to include our youth in our dances in order to carry on the teachings as they are our future. Our dance styles include Mens/Boys Traditional, Grass and Fancy, and Womens/Girls Traditional, Jingle and Fancy. Wayne has been playing acoustic guitar since 1970 and singing before he could talk (according to his mom). He writes and enjoys playing/singing Folk, Folk Rock, Celtic, Blues, Ragtime, Bluegrass, Classical, Country, Rock n Roll, and Smooth/Soft Jazz music. He tries hard to write/play music that has feeling and passion. It is Wayne’s sincerest hope that you will find that listening to his music helps to enhance your life, that in some small way it brings happiness and joy you. Original music mixed with live improvisation. At its core, the Will Baxter Band is an improvisational band that is best experienced live. The Lava Folk Fest version of the band will be the duo of Will Baxter and Mary Tebs.